Alrighty then, time for a small update on how things are going with our upcoming album #2.

First of all, the album is going to be late from its original schedule. As you may remember, the plan was to release the album by the end of this year. However, mainly due to our line-up changes at the turn of the year, we kind of had to re-invent ourselves. The playing styles of our “new” guitarists Sami and Tommi are quite a lot different from those of Matti and Jouni, so along with rehearsing the old songs with the guys and adapting to their way of playing the entire sound of Khiral was developed into something new.

Second, all bands have their own ways of putting new material together, and the Khiral way of doing it also went through big changes. Now that both guitarists were composing songs in their own respective manners, we were in a situation where we hadn’t been before: writing songs at our training pad! How far should a song be finished in composer’s head before bringing the idea to the rest of the band? Would the rest of the band participate in arranging the structure and how much? What also puzzled the band’s collective mind was to avoid directly copying the first album’s style but to create something fresh instead. There was no need to follow certain lines intentionally even though they would be respected.

Third, we also wanted to drive the new guitarists in for live situations. So we played a few gigs in the spring to introduce our axemen to public.

Fourth, we’ve been extremely busy with our private lives and daytime jobs. All of us would, of course, like to make our bread out of music and do this for living, but as long as the situation isn’t like that… well, you know what we mean. Sometimes many things happen at the same time and block each other.

But we’re getting there. We don’t want to make promises that we might not be able to hold on to, so let’s just say that things are well at hand and the album will see the light of day relatively soon. And, what’s really cool is that the title and the cover of the upcoming album are ready. 🙂

Also, we have a very talented and recognized person to be announced that will be working as our producer/recording man. 😉

So keep up with us, as there will be very cool things happening in Kamp Khiral in the near future! \,,/ 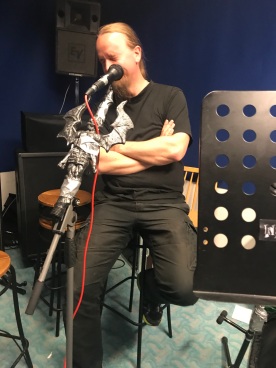 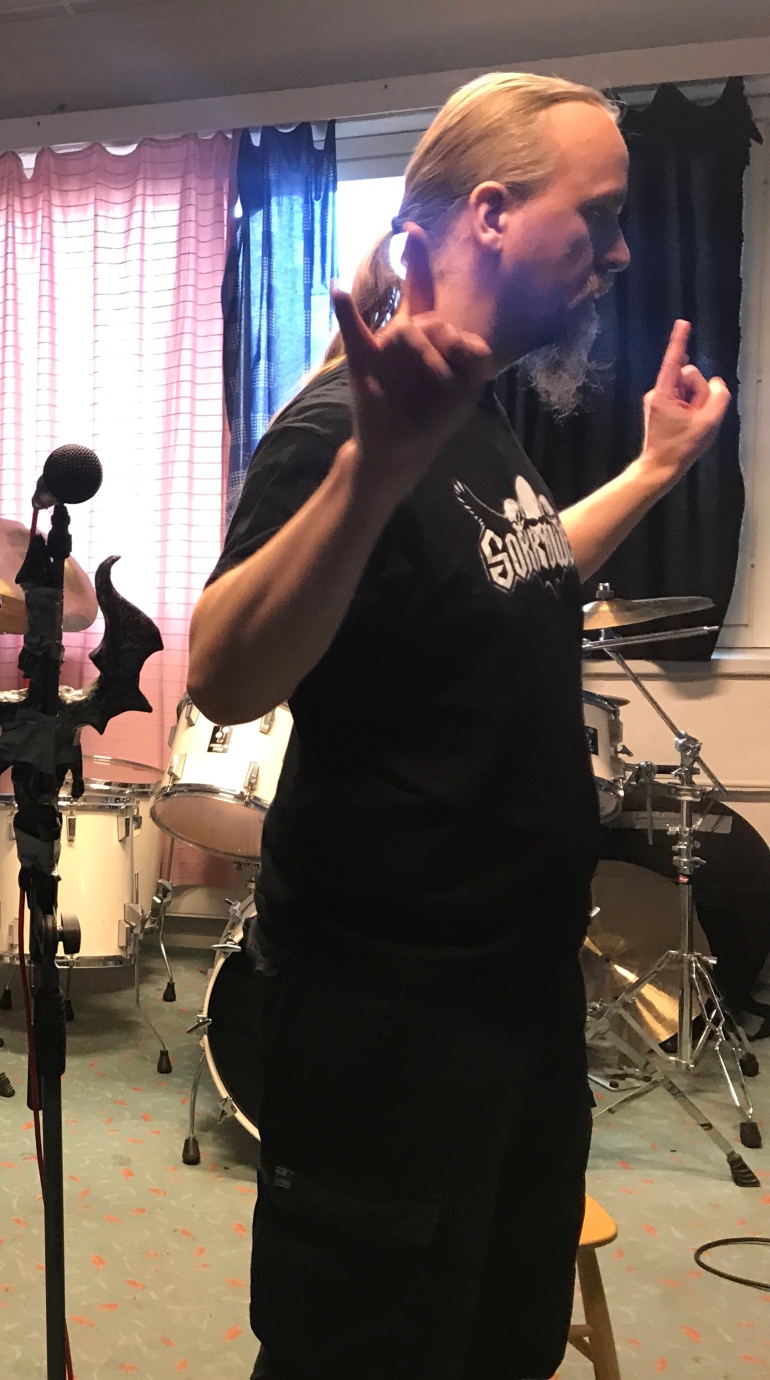 When people get older and they got gray in the hair,

only thing that they can think that “It’s not fair!”.

But you will drive with electric wheelchair

And the days go by and some people get older and some don’t.

So, on behalf of the band: HBD our own electric spark!

In November 2018 Khiral came to a deal with a German record label Heathen Tribes Records. The Germans will publish Khiral’s album #2, and needless to say that both parties are more than enthusiastic about this!!!

Due to delays with putting new stuff together publishing of the second album is postponed to the first half of 2020. 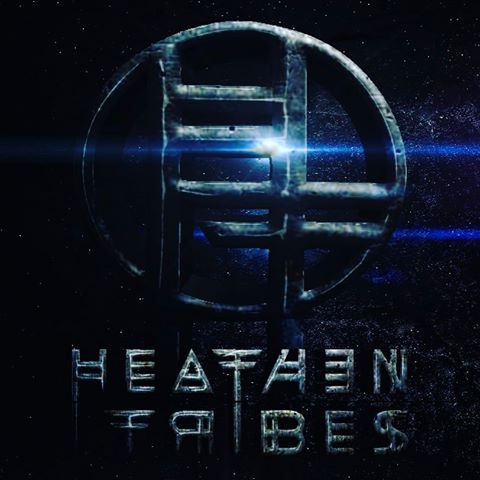 Hello there, fellow clansmen and -women! They say it snows in death metallers’ hell, and so it does in Helsinki too. But let’s not let that bother us, ’cause here, folks, is our new axeman. Say hi to Tommi Kinnunen!!! He’s played in Blackedge and several other bands before this, knows how to shred, compose and has equally low-rated humor with us, so he’s the guy for us. Big hand!!! 🤘

Now we can continue with full steam towards recording the Khiral album #2!!! 👊

Hello, friends. How are you doin’?

Life is a peculiar bitch to wrestle with. Sometimes it takes too much to give it a hard enough kick in the groin. Sometimes there are just too many threads to hold. Those are the times when you need to stop, have a breather and hold your horses.

For our beloved guitarist Jouni the time to have his breather is now. That is why he is now stepping down from his post for undetermined time, to concentrate on the most important things. And that is why we as a band and as his brothers want to grant him this chance. Take it easy, bro. Take your time.

So, we will need a substitute guitarist. Preparations for the album #2 are still going on. But that’s an issue we’ll talk about later. Right now, we want all of you to join us giving a big hand to Jouni for having the balls to act before it’s too late. This is courage, folks. 👊🤘

Hey, people! You know who this is??? Say hi to Sami Lehtonen, our new guitarist!!! Sami has played in several bands before Khiral, has a twisted sense of humour and as you can see, a respectfully sized bicep. 💪 So he fits in like front hair on a pig. Big hand, folks!!! 🤘

We have an announcement to give you. 03.11.2018 we threw our last gig with our guitarist and founding member Matti ‘Masa’ Hämäläinen. Masa has been with Khiral all the way from the beginning since 2008, and will now step down from his post to continue with new challenges in his life.

This is life. There’s no bad blood, and we will remain good friends. Khiral will continue forward and a new guitarist will be introduced when time is right.

We want to thank Matti for all his work, contribution and dedication to Khiral, all the gigs we’ve played with him and all those fine moments we’ve had and wish him a prosperous journey.
Big hand, people!!!! 🤘👊

This is it! Our debut album CHAINED is finally out of the oven. Get your copy, or listen to it on a streaming service of your choice.